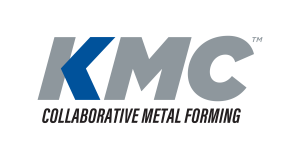 The Ozaukee Press sat down with KMC CEO Gerry Schwarz and longtime employees Dan Bley and Vickie Meins to discuss the company’s recent change of ownership and celebration of 110 years of business.

Main Street Capital finalized the purchase of Kickhaefer Manufacturing Co. on Oct. 31 from Wing Capital Group, which bought the company 10 years ago after the third-generation family-owned business was sold.

“There are zero planned changes,” Schwarz said. “Their philosophy is very hands off just like Wing Capital was, and that’s why we partnered with Main Street Capital, because the fit is the same.”

“A lot of manufacturing has changed over the past 110 years,” Schwarz said. “For us to remain relevant and an important supplier for some of the top original equipment manufacturers in the country is pretty neat.”

The company’s success, Schwarz said, is due to its employees, many of whom have worked there for decades.

Sales Engineering Manager Dan Bley stated, “KMC wants to invest in its employees and expand their career paths,” he said. “The company funded my schooling, which allowed me to move into new roles. They recognize hard work and reward those who want to grow.”

Customer Service Lead Vickie Meins, who was born and raised in Port and started at KMC as co-op student when she was a junior at Port Washington High School, has been with the company for nearly 23 years.

“It speaks volumes about a company that is willing to use their resources to help you advance in different aspects of your job,” she said. “Plus, they do a lot for their employees with quarterly cookouts and summer events. It feels like a family here and not a place where you just go to work.”

KMC has grown from 130 employees 10 years ago to more than 300 in 2018 and is seeking to add more quality employees to address the demand for collaborative metal forming. 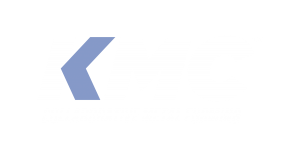 This website uses cookies to improve your experience while you navigate through the website. Out of these cookies, the cookies that are categorized as necessary are stored on your browser as they are essential for the working of basic functionalities of the website. We also use third-party cookies that help us analyze and understand how you use this website. These cookies will be stored in your browser only with your consent. You also have the option to opt-out of these cookies. But opting out of some of these cookies may have an effect on your browsing experience.
Necessary Always Enabled
Necessary cookies are absolutely essential for the website to function properly. This category only includes cookies that ensures basic functionalities and security features of the website. These cookies do not store any personal information.
Non-necessary
Any cookies that may not be particularly necessary for the website to function and is used specifically to collect user personal data via analytics and other embedded contents are termed as non-necessary cookies. It is mandatory to procure user consent prior to running these cookies on your website.
SAVE & ACCEPT